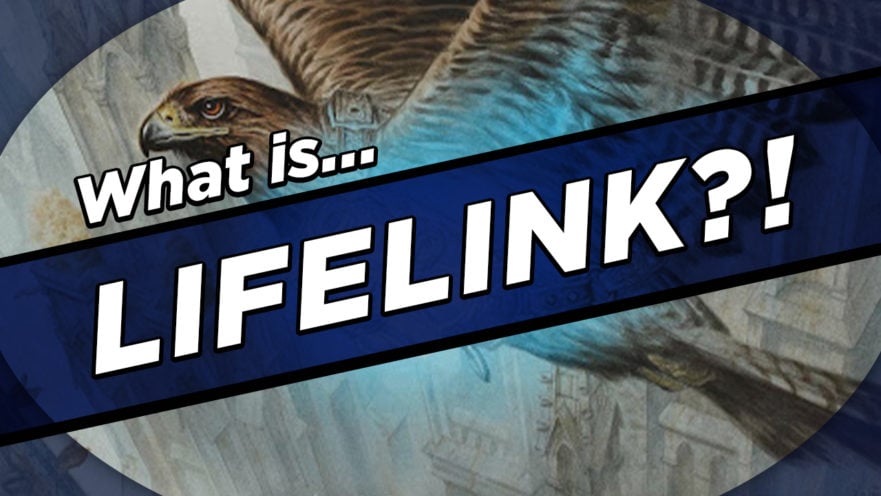 New Magic: The Gathering players often gravitate to life-gain strategies. When you and your opponent are racing to deal damage as quickly as possible, getting ahead on life points just might give you the upper hand. But not all life-gain spells are created equal: spells that purely gain life – which don’t have any other effect on the board – will only delay the inevitable.

Fortunately, there are plenty of passive ways to gain life in Magic, including a valuable keyword ability called lifelink. We’ll break down what lifelink does and why it matters.

If a creature has lifelink, any amount of damage it deals allows its controller to gain that much life. And that’s any damage: combat and non-combat damage alike. So, if your creature with lifelink “fights” another creature outside of combat or deals damage via an activated ability, you’ll still gain the life!

Lifelink may not give creatures an edge in combat, but it does make them more valuable. Any time a creature with lifelink deals damage to a player, it broadens the gulf between both players’ life totals. These creatures are also prime targets for enchantments, equipment, and instants that increase their stats, so if you’re facing one down, you should prioritize getting it off the table.

Lifelink is a common ability that you’ll find on creatures in just about every Magic set. You’ll usually see it on white or black creatures like these:

Let’s start with one of the most sought-after cards in Double Masters. Lifelink may not be the main reason to play Atraxa, but it’s one of many abilities that make her the most popular commander in the game.

Vito may not have lifelink himself, but he’s one of the best life-gain payoff cards in Standard and Brawl.

You may have also seen Heliod granting lifelink to creatures in Standard, Historic, or Pioneer. Heliod’s ability to put +1/+1 counters on creatures whenever you gain life creates an infinite combo with Walking Ballista.

Soulfire Grand Master doesn’t just have lifelink itself – it gives your instants and sorceries lifelink, too! This only applies to spells that deal damage, but it’s very fun to turn a Lightning Bolt into a one-mana Lightning Helix.