Kamigawa: Neon Dynasty previews have begun, so put on your cyberpunk playlist and get ready! Between new cards and the recent bans in Standard earlier this week, we have an exciting new format to explore. We’ll kick things off by going through the headliners of yesterday’s Neon Dynasty preview stream: the new planeswalker cards.

All will be one. Tamiyo has fallen to the Phyrexians, but the loss of our hero gives rise to a powerful new card!

The only thing more shocking than Tamiyo’s compleation is the return of Phyrexian mana on a Standard-legal card. Tamiyo comes in as either a four-mana walker with three loyalty or a five-mana walker with five. That flexibility is something that we’ve rarely seen on planeswalker cards, and it allows for more exciting and varied gameplay.

But what are we supposed to do with this walker? Personally, I’m most interested in her -X ability and how well it works with Esika’s Chariot. Chariot can make a copy of any token you create with Tamiyo: Werewolf Pack Leader, Kazandu Mammoth, Malevolent Hermit, or even other Chariots. If you bring back a Chariot that your opponent answered, you can threaten to make a copy of it every turn, unleashing a steady stream of Cat tokens. There’s no shortage of artifacts, enchantments and planeswalkers you could copy with these two cards, so keep an eye out for more ways you can generate value.

I also wanted to call out Tamiyo’s ultimate here. Making all your spells cost two less and drawing an extra card every turn is very powerful, but keep in mind that the ability is tied to an artifact, not an emblem. That being said, if you get to ultimate her, you’re probably just winning the game, anyway.

After three years, we’ve finally learned the identity of The Wanderer from War of the Spark. It turns out she was the Emperor of Kamigawa, and she has returned to save the land from the Phyrexians.

The Wandering Emperor is incredibly flashy. Having a walker with an ability that protects itself is always great, but the Emperor has two of them. With her static ability, you can put her into play at the end of your opponent’s turn and immediately make a Samurai or answer a creature. At time of writing, it’s unclear how noteworthy the Samurai creature type is, but it’s definitely something to keep an eye on. Regardless, having a walker that can dodge all sorcery-speed removal for at least one turn is incredibly nice.

This card also happens to make a great target for Tamiyo. You can use both of her minus abilities to get her into the graveyard, make a copy with Tamiyo, and get back to work controlling the battlefield.

I think a lot of people will underestimate just how powerful this walker will be. In control decks, you now have a win condition and an answer spell that allows you to leave mana up on your turns. If she has the right supporting cast – and if her abilities line up favorably with the creatures in the format – she could turn out to be a formidable threat.

Before we wrap up, we have one more planeswalker to talk about. Tezzeret is back, which explains why the Phyrexians are popping up everywhere.

Tezzeret is tricky to evaluate this early in preview season. For example, his static ability is great with any artifact that provides a mana sink, but we don’t have many of those in Standard right now. I have a feeling that will change with this set, but we’ll have to wait and see.

Fortunately, we already have some clear uses for some of Tezzeret’s other abilities. His +1 works really well with Tamiyo, and Esika’s Chariot can provide protection and an artifact to discard. 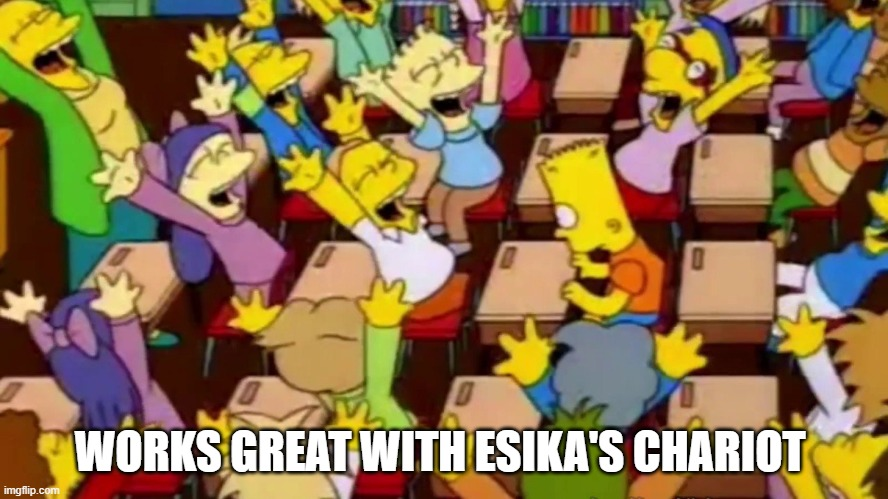 While not a super impactful plus on its own in the early game, Tezzeret’s +1 will be critical in the late game when you have extra lands rotting in your hand.

Tezzeret’s -2 ability will also help you get more out of any artifacts you have lying around. Turning your Clue and Treasure tokens into real bodies is a great way to take over a game. I wouldn’t be surprised if this becomes the most popular line of play with this card.

If all those 4/4’s don’t win you the game, Tezzeret’s ultimate probably will. Most decks aren’t in danger of running out of cards these days, but Tezzeret will ensure you never do.

Kamigawa: Neon Dynasty’s planeswalkers all look exciting, and they seem like they’ll work well together, too. If you missed my thoughts on Kaito Shizuki, you can read them here.

Which card are you most hyped for in Neon Dynasty so far? Let me know your favorite on Twitter at @masoneclark, and be sure to follow me to see my own exclusive preview card this Saturday!