After each new banning shakes up Standard, there begins a cycle of hope. I rush to Arena and go to my maxed-out Decks screen, where jank brews untold await testing and tuning. “This time,” I say to myself. “This time W/B Auras and Mono-U Self-Mill and Vito Aggro will be good!” Then, I take them to the ladder and realize that banning one card — even an incredibly nasty card — rarely reshapes an entire format. The same supporting cast of key removal, ramp spells, and enabling creatures is still there, and it’s not long before people are slotting in the next-best version of their previous list. I sigh, and put the questionable piles of small white creatures back on the shelf for the next shakeup; the cycle continues.

But in the most recent banning, WotC tried a more aggressive strategy. They preemptively and significantly targeted the key support cards in the Temur Ramp archetype as well as removing poster-boy Omnath. This truly has reshaped the format, and after long months of resource-heavy ramp decks dominating, it’s worth re-examining what it takes to be a good Standard deck now that those ramp lists are gone (almost).

While so far there is no consensus “best deck” in post-Omnath Standard, there do seem to be two common paths to success in deck-building. Regardless of what brew you’re working on, it probably falls into one of these categories; at the very least, you should consider whether you can fight against each of them. 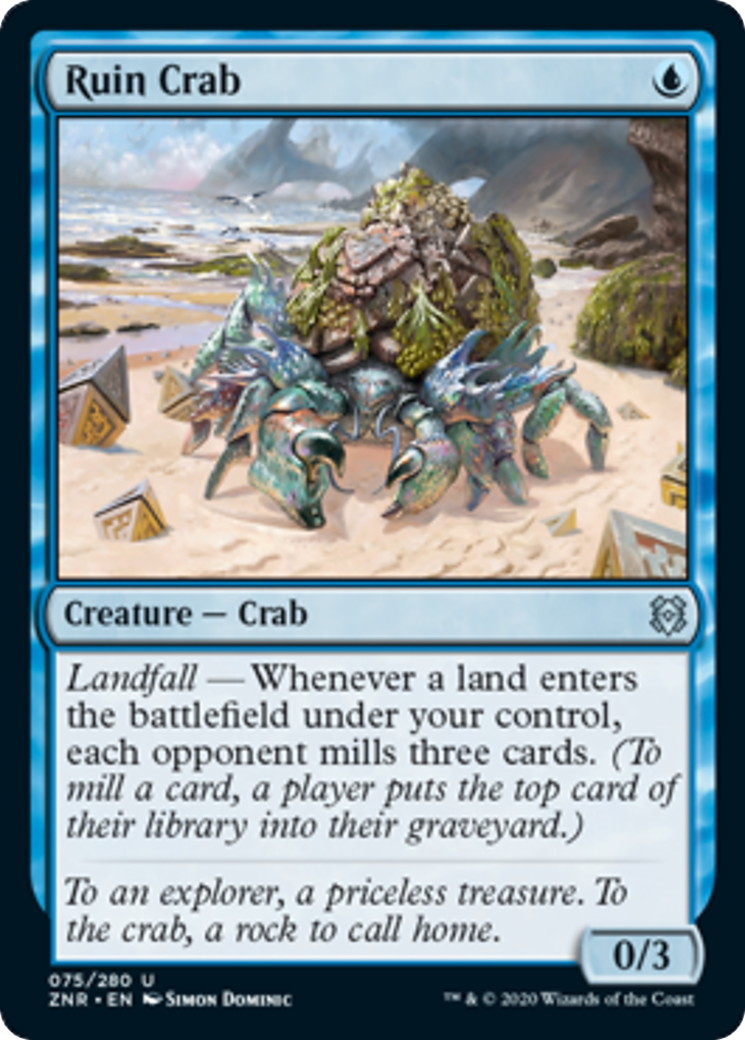 The first category of decks play the small game. This includes UB Rogues variants, RB Kroxa decks, the resurgent BG Adventures, and Mono-Red. This format features more important one- and two-mana creatures than we’ve seen in a while, as well as powerful, cheap removal to stop them. By maxing out on both, you can create pressure on board in the opening turns, then trade efficiently with your opponent’s cards to either win fast or set up huge resource leads.

Some of the key early-game engines to play around include Ruin Crab, Flourishing Fox, Gilded Goose, Edgewall Innkeeper, Kroxa, Titan of Death’s Hunger, Luminarch Aspirant, Conclave Mentor, Akoum Hellhound, Soaring Thought-Thief and Lotus Cobra. Picking one of these and building synergy around it is a great start to any deck!

To beat them, you need to be packing cards like Bloodchief’s Thirst, Heartless Act, Shock, Spikefield Hazard, Ram Through, Inscription of Abundance, Glass Casket, Eliminate, Lofty Denial, Kabira Takedown and Jwari Disruption. The fact that so many of these early answers scale up to become threats later on — or can be played as lands — makes them far better and easier to load up on than such cards usually are, so there’s no excuse not to main-deck them.

I’ve tried a few different takes on this outside of the ones listed above. RW Dogs works surprisingly well, as does WB or Abzan Clerics, Auras or GW Counters. All of these can be Lurrus decks, too, if you prefer. But the one I’ve been having the most fun with is RG Mutate.

Unlike the “Scute Storm” mutate decks, this is a heavily aggressive strategy, using mutate as a way to buff your good early-game threats and keep smashing in for a fast lethal with help from landfall triggers. The fact that both Migratory Greathorn and Auspicious Starrix put land(s) into play makes evasive, turn four kills very possible! The current build is built to go all-in, and can struggle if your opponent also read this section and overloaded on early removal. On the other hand, Inscription of Abundance is a huge blowout against the most common removal option: Heartless Act.

Not every small deck uses its early-game advantage to try and immediately overwhelm the opponent. This Mar-Doom deck (played by Philip Marchall, among others) is a delightful evolution on strong RB things people were already toying with pre-ban. Now, they have only become more powerful — especially given the rise of Rogues and mill generally. It’s like one big Kroxa festival!

This one plays like a strange sort of tempo deck, abusing cheap spells that can be used more than once — adventure creatures, or cards which can be played from the graveyard. These naturally create card advantage and grind your opponent’s hand down to nothing as they try to keep up. Kroxa not only allows you to safely finish off their last, strongest cards in hand without them resolving, but along with Skyclave Shade, it presents a very consistent clock to ensure that your empty-handed opponent has little time to top-deck a win. As a tragic fan of slow decks in these colors, this is the strongest one has been in some time. Try it out!

A WORD ABOUT THE BIRD

I should also mention that there’s a Yorion version of this Mar-Doom strategy. Yorion decks, particularly GW and UW, play somewhat similarly to this deck, although their focus on building up a board to flicker with their Companion does push them toward being a third pillar of Standard.

Mason “Esports” Clark is publishing a full examination of Yorion decks here tomorrow, so rather than waste words doing the same here, I’d encourage you to seek that piece out next!

Since these small-ball decks are built to choke off any attempt to contest them early, the other successful strategy has been to just ignore that and go over the top of them! Yes, ramp is not actually dead in the format — but the dominant form of ramp seems to have shifted heavily toward artifacts.

While there are plenty of quality artifacts scattered around Standard, two mythic rares strike me as the main reason this archetype has legs. Ugin, the Spirit Dragon needs no introduction, and won’t give you one when he shows up other than exiling your entire battlefield. By far the most powerful top-deck in the format, most of the time Ugin may as well be an eight-mana sorcery that says “your opponent concedes.”

That’s the kind of ramp payoff that lets you focus completely on mana generation if you want to, but you can ramp to Ugin very easily off just one other card: Forsaken Monument. This bad boy is why the new Ugin decks are concretely advantaged by being “mono-brown,” or mostly colorless. If your lands all tap for generic mana, Monument becomes an upgraded Mirari’s Wake. Plus, you get to fill all your land slots with utility effects like Crawling Barrens, Radiant Fountain, Labyrinth of Skophos and Bonder’s Enclave! It’s the Magic equivalent of ice cream for dinner, and feels just as guilty-good.

WHAT COSTS EIGHT MANA AND RHYMES WITH “HUGE WIN”?

Also like ice cream, these artifact-ramp decks come in a wide range of flavors. There’s enough room to fit a few colored lands into the shell, which let you choose how to cover the main weakness of the artifact suite: interaction. I personally have had the most fun with mono-black so far:

This list is similar to a few others that have placed in online events — I’ve gradually been tweaking the threat and answer selection to keep up with what’s beating me, which has always been part of the fun of playing ramp. What remains consistent is that resolving Ugin is almost always lights out, and this deck is very good at resolving Ugins.

But it’s not the best. No, if you believe in the Spirit Dragon as your sole lord and savior, I would recommend famed pro Gerry Thompson’s mono-blue take on the archetype:

I never thought we’d see Throne of Makindi in Standard. One more reason to admire Gerry!

TIME TO TAKE THE BULL BY THE HORNS

Of course, it’s possible to take the “threat-agnostic” nature of ramp shells to the very extreme. What’s the goofiest, coolest thing to do in this format with a ton of mana? Inarguably, it’s Deathbellow War Cry.

Whether you’re trying to cast this card or a more sensible payoff like Ugin, Irencrag Feat is starting to look like a good enabler now that every other option has been banned! Behold, Scotty Fischer’s RW Ugin:

Don’t laugh — this works! There have been a few different people tinkering with Deathbellow War Cry now that we have a few more minotaurs to call upon, with several reporting success even on the Mythic ladder! If that doesn’t encourage you to try and make your favorite Standard cards work in the new environment, I’m not sure what will. Just identify how your deck will deal with the key cards listed here, and you’ve got every chance of finding success.

Now, get on out there and brew!